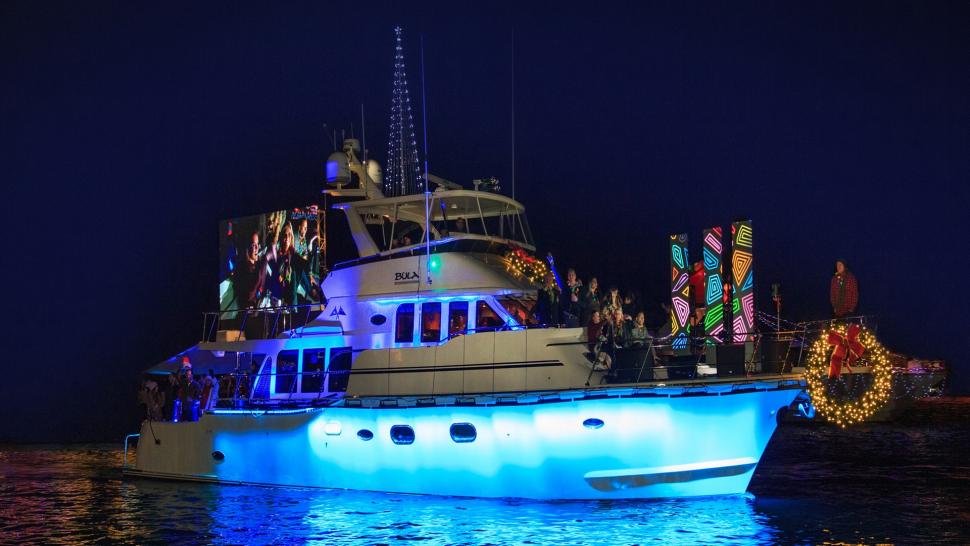 The 112th Newport Beach Christmas Boat Parade moves its way through the Newport Harbor this December! The parade will begin at approximately 6:30 p.m. PST each night from December 16th - 20th. For the first time in its 112-year history, the parade will be streamed to viewers, giving the world a front-row seat to the annual Southern California spectacular.
Click here for more information about this activity
Please help us keep this calendar up to date! If this activity is sold out, canceled, or otherwise needs alteration, email mindy@kidsoutandabout.com so we can update it immediately.

Parade participants will start from the east end of Lido Island following the celebrated route, with the first public viewing destination at the 10.5-acre Marina Park. The community park offers 177 parking spaces, nautical-themed playground, picnic area and sailing center, and is also the largest public viewing area along the parade route, creating an optimal location to gather and enjoy the festivities.

Residents and visitors will have optimal viewing of the beautifully decorated yachts, boats, kayaks and canoes sail in the parade from the Dine & Watch waterfront and Dine & Walk dining options within walking distance of the many public viewing spots.

*Times, dates, and prices of any activity posted to our calendars are subject to change. Please be sure to click through directly to the organization’s website to verify.

All Ages Adults & kids together Adults without kids