Beyond the Nest Reviews WallByrd Theatre Co.'s The 39 Steps | Kids Out and About Orange County

Beyond the Nest Reviews WallByrd Theatre Co.'s The 39 Steps 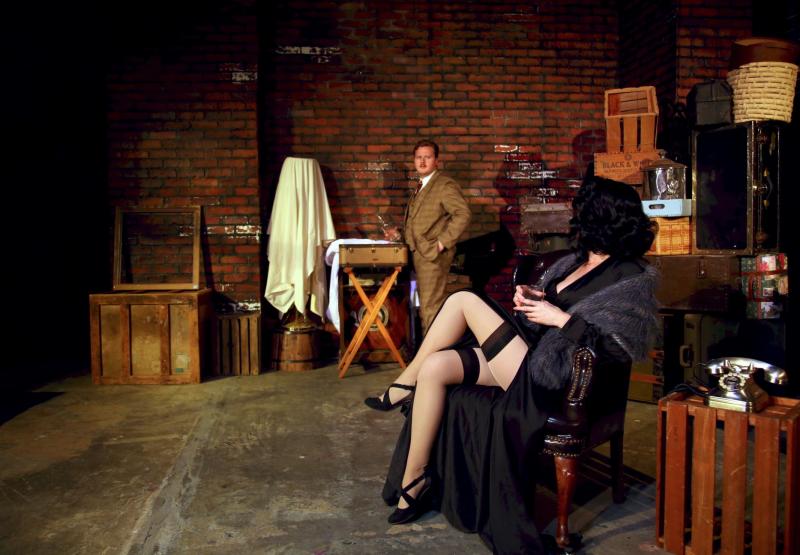 WallByrd Theatre Co.’s The 39 Steps, directed by Virginia Monte and Jonathon Lowery, has a cast of four playing at least three dozen characters. This show does not tiptoe lightly into comedy, it takes uproarious strides. As soon as the lights come up, you know you’re in for one hilarious ride.

The play is an adaptation by Patrick Barlow of an earlier work that parodied Alfred Hitchcock’s film of the same name. It also makes reference to some of his other works, such as Psycho, Vertigo, Rear Window, The Birds, North by Northwest, and Strangers on a Train. If you’re not familiar with Hitchcock, you’ll miss the references but not the laughs.

Fred Pienkoski plays the role of Richard Hannay, the unsuspecting British chap unwittingly pulled into a spy intrigue, masterminded by a villain with a missing pinkie tip. Hannay is framed for the murder of a German beauty, and soon pursued by both thugs and police alike.  If that’s not the setup for a comical spy thriller, I don’t know what is. For those who saw Wallbyrd’s last production of Greater Tuna, you’ll fondly remember Pienkoski’s robust comedic chops, skillful timing, and expressive face from that production. 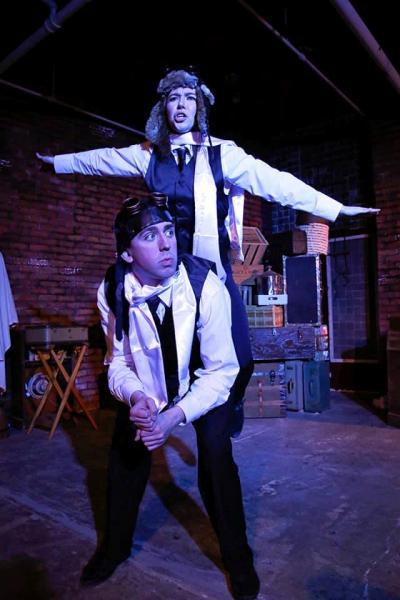 The roles of Hannay’s female fascinations and love interests are coyly and cleverly played by Emily Lipski, who switches characters as easily as wigs. All of the additional – by my estimation – 30+ characters fall to Cassie Buscemi and Kiefer Schenk, who morph into constables, spies, traveling salesmen, maids, innkeepers, newsboys and railroad porters, regardless of gender. In any given scene, each portrays up to three characters, with myriad voices, accents, costumes, and personality changes -- often taking place onstage -- adding to the hilarity. And by the way, if you see more than a trace of a young, tall Jerry Seinfeld in Kiefer Schenk, you wouldn't be alone.

Kudos to Toni Elderkin for lighting design, Nicole LeClair for her versatile “bare bones” set that adds to the comedy, and especially to Adam Urbanic for his superb stage management. The lighting and sound cues for this show fly fast and furiously, and a missed cue could have unraveled everything. Although no credit appears in the program, the vintage 1930s costumes are priceless and add to the entire ambiance.

This is a show that’s rife with WallByrd’s and Virginia Monte’s trademark ingenuity. By collaborating on direction with Jonathon Lowery, whose classical training and prowess in mime techniques adds to the mix, this talented cast’s timing is astute. I had several favorite scenes, and while I won’t give away the plot, the one portraying Hannay jumping off a speeding train high on a bridge trestle had the audience in hysterics. A second was when Pienkoski as Hannay tries to hide from two thugs in a parade of British soldiers. Now just try to imagine how that could be carried out onstage with only four actors, one of which is not in the scene! Another favorite was when... but wait! I could go on about favorite, funny scenes, but I won’t because that might give away some of the mystery, and you seriously have to see the show to believe the creativity of it! I will just say I had no idea how much comedy could happen between two characters and one pair of handcuffs.

The 39 Steps runs Thursday through Sunday at The Avyarium on the Second floor of the Village Gate, through June 2.  If you need a good "holiday of laughter" for a solid two-and-a-half hours, as you traipse all over the British Isles with this comical cast of characters, don't miss this show!

Note: Appropriate for teens and up.